Last night I saw a demonstration of Byron Katie doing The Work, which is basically a set of four questions designed to help people move away from the suffering of  the ego and toward openness of life as it is. 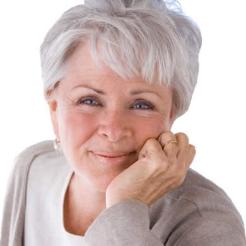 I am grateful for the opportunity to witness a master at work, in person.

She worked with two people last night. The first was a man who had driven 12 hours with his younger son because he believed his older son was no good and was destroying the family. He blamed his high blood pressure and other health issues on all the trouble this son had caused.

Yet from the inquiry process, we learn that although this son moved out right before high school graduation, he graduated with honors. We hear that he tells people with no idea it would get back to his dad how great his upbringing was. He kisses his father on the head when his father extends his hand for a shake. This young man is responsible — he works and takes care of his bride.

So this father underwent a transformation, understanding that his thinking distorted reality. He had a fine son. It was him who needed to respect himself and respect his son. That’s the turnaround.

The other demo subject was a woman who had been diagnosed with a terminal illness, ALS (Lou Gehrig’s Disease). She felt afraid and panicky sometimes. Byron Katie just laughed and said, “Haven’t we all? Isn’t life a terminal illness?” She proceeded to illustrate that even being paralyzed and unable to move a muscle, it’s still thoughts that make one unhappy.

I’m grateful to Val at dinner last night for giving me some advice about moving Mango, my cat. He’s accustomed to this neighborhood and the cats on my block. The move will take him from what he knows, except for me and some of my stuff. His world is small and personal. He doesn’t have the internet or a cell phone to stay in touch with his friend Stinky next door (even though they fight).

I’ll need to keep him inside for a while after I move, so he’ll be safe and secure, and I can start now getting him used to being in and sleeping in the cat carrier.

I am grateful to T-Mobile for letting me change my cell phone plan and apply it retroactively. Because of all the calls from realtors and calls about work and in general an increase in call volume since I have not been working, I had gone way over my allotment of minutes. Snapped to when I saw how much had been drafted from my checking account to auto-pay the bill…

I found it very kind and flexible of them to allow me to switch to a plan with more minutes and to make the change retroactive for this billing period. I was facing a bill of over $400! Now it will be more like $60.